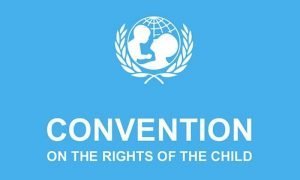 In this blog, EaRN volunteer Amy Kerr writes about the landmark decision to incorporate the United Nations Convention on the Rights of the Child into Scottish law.

The United Nations Convention on the Rights of the Child (‘UNCRC’) was adopted by the United Nations in 1989 and is regarded as a highly important international treaty relating to children’s rights. The UNCRC is the most widely ratified human rights treaty with every country in the world, except from the USA, having ratified it. The UNCRC contains 54 articles and covers many rights including civil, political, economic, social and cultural rights to which all children are entitled to. The UNCRC must be read as a whole and no rights should be regarded as more significant than others. There are four main ‘General Principles’ contained within the UNCRC which predominately aid the interpretation of other articles. These ‘General Principles’ are:

Although the UNCRC is viewed as providing the highest standards of children’s rights, unless there is direct incorporation of the UNCRC into domestic legislation, courts and public authorities are not obliged to take into account or implement the rights contained within the UNCRC. As a result, children’s rights may not be afforded adequate protection or be fully upheld in every country

On 16 March 2021, a landmark decision was made in Scotland and MSPs unanimously voted for the United Nations Convention on the Rights of the Child (Incorporation) (Scotland) Bill (‘the Bill’) to become part of the law in Scotland. As Deputy First Minister John Swinney stated “This is a landmark Bill which is the most significant piece of legislation since devolution, delivering a revolution in children’s rights. That is a major cause for celebration.”[1] The principal aim of the Bill is to directly incorporate the UNCRC into Scottish legislation which will allow children’s rights to be more recognised and protected in Scotland. Scotland will be the first country in the UK to make the UNCRC part of domestic law.

The Bill states that:

There is still a lot to be done before the UNCRC will become fully part of Scottish legislation. However, it is clear that the passing of the Bill means that Scotland is taking an important step forward in making it a safe and secure country where children’s rights are significantly recognised, upheld and respected.