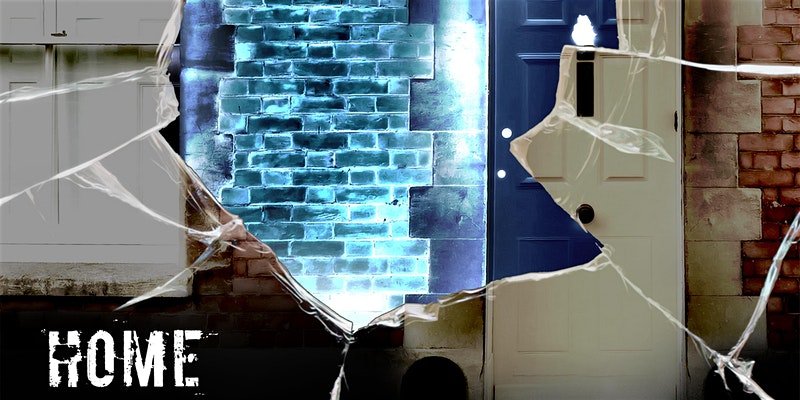 In this article, our volunteer Equalities Ambassador Esther tells us about her experience of theatre as a tool for exploring important social issues. This article has also appeared on the Active Inquiry website.

I first became aware of Active Inquiry early in 2019. A quick look at their website revealed two aspects of the company that intrigued me and made me want to explore them further. Active Inquiry advocate and practice the philosophy of Theatre of the Oppressed, a style that I had first come across while studying for a degree in playwriting and which had made a powerful impression on me. Also, and possibly as an inevitable consequence of their approach to addressing topical and socially relevant issues, Active Inquiry create theatre through the process of devising, a method of which I had no practical experience – I was curious to learn more. On the less altruistic side I had hoped to pick some brains and gain some useful advice on how I might progress some of my own work.

Active Inquiry, a small, dynamic company, comprises a group of diversely experienced creative professionals who work with a variety of community theatre groups. Their new project at this time, called “Home”, would be developed in conjunction with The Bethany Theatre Group, The Shakti Women’s Theatre Group and The Alma Theatre Group. In February 2019 this project was just beginning which seemed opportune for me. So I decided to get involved and I embarked on a very interesting and fulfilling adventure.

I immediately found that the overriding atmosphere encouraged by Active Inquiry is one of inclusivity. There might be multiple groups contributing to a project but there is most definitely a single family and I was welcomed in with open arms. Throughout the time I spent working on the “Home” project the welcome and warmth were constantly reaffirmed. I got to know a very lovely and varied group of people.

I attended the initial “open” session of the Alma group simply to see how the devising process worked and what would be involved in creating the new work. That was the beginning of my journey. I very quickly realised that the only way to understand devised theatre is to be part of it, not through observation but through participation.

The Alma contribution to the “Home” project was directed by Emily from Active Inquiry, with support from Liz and Robyn. I very quickly found myself drawn in by the explorative methods used to generate the ideas that would, in due course, evolve into a short play called Wolves at the Door. The whole process inspired me and I found myself freely making suggestions for the ongoing development of the piece. There was an encouraging openness that really made me want to help, everyone’s involvement was welcome and valued.

I watched the Alma Theatre Group members, under the guidance of Emily and her colleagues, grow in confidence as the project developed, making their own contributions and developing their characters. A professional puppet-maker was introduced to teach the group how to create and operate their own puppets and we were introduced to a whole new set of skills. The level of natural talent displayed by the group was truly impressive. In the meantime the other two very gifted theatre groups were devising their own short plays which would combine with Wolves at the Door to form the completed “Home” project.

In August 2019 “Home” made its appearance at The Just Festival, a part of the Edinburgh Festival Fringe. All three plays continued to build throughout the summer with increased technical input to assist with effects and staging. By using techniques of Forum Theatre, “Home” audiences were encouraged to be involved beyond the role of passive spectator and to feedback any thoughts and reactions they might have around the issues they had seen raised in the plays. The audiences were responsive from the start and, as the life of the project extended through a Scottish tour, Active Inquiry asked members of the three theatre groups to suggest and try out new ideas on ways to further motivate spectator involvement. The entire season culminated in a Legislative Theatre experiment at the end of November. This event, skillfully organised and hosted by Active Inquiry, invited a range of professional and community representatives to watch the plays and, inspired by the issues raised in them, to propose, debate and vote on potential policy changes to housing legislation, with the aim of presenting the proposals to official decision-making bodies. Ultimately, the outcome of all this effort and creativity will hopefully be to see some positive social change actually happen.

Active Inquiry is an inspirational company of incredibly imaginative, talented, patient and hard working people. I frequently found myself asking “when did that happen?” when some new aspect of a play came to life. Their ability to create a welcoming, safe and secure environment helps to draw people out of themselves and to encourage natural creativity to shine.

I have to admit to being a bit sad that my “Home” journey has come to an end. I found the whole experience interesting, exciting and enlightening. Perhaps I’ll have the good fortune to be involved with Active Inquiry again, in some way.

In the meantime, all that remains is to say “Thank You” for the journey and for the friendships. ‘Til the next time?